BAPCR is pleased to present a major retrospective and discussion of painting conservation in the 21st century.

Fifty years ago the nation was emerging from the strictures of post-war reconstruction. Caring for the nation’s heritage was imbued with higher ideals, reflecting a new found optimism and confidence in organisation, technology and cultural harmony.

Pre-eminent speakers will examine and celebrate the aspirations and achievements of the early conservation pioneers throughout the last half century. They will trace the trajectory of conservation philosophy, professional organisation, teaching, technology, and practice in the domestic and international context. Leading us to probe the fundamental principles of our profession today and appraise the challenges that will face the next generation of practitioners as they formulate a robust profession for the 21st century.

• The evolution of a conservation philosophy and development of ethical standards.
• The formation of professional bodies and their role in regulation and professional accreditation.
• The initiation of standardised teaching qualifications, academic enquiry and the wide dissemination of results.
• The utilisation of developments in science and technology to inform conservation practice and develop ‘technical art history’.
• The changing context of conservation, the dynamic between conservation, museum collections and the art market.
• The evolution of painting conservation practice in response to the above factors.

This conference acknowledges the occasion of the 50th anniversary of the Berkeley Place restoration studio, established in 1963 under the name of Bull & Shepherd and later as RMS Shepherd Associates.

David Bomford has been Senior Restorer of Paintings at the National Gallery, London (1968-2007), Associate Director for Collections and Acting Director of the J Paul Getty Museum (2007-2012), and is currently Director of Conservation at the Museum of Fine Arts Houston. He was Secretary-General of IIC for nine years, editor of Studies in Conservation for ten, and Slade Professor of Fine Art at Oxford University (1996-1997).

Joyce Hill Stoner is the Director of the University of Delaware Preservation Studies Doctoral Program and has taught painting conservation there for 37 years. She has been actively involved in the IIC and FAIC and has interviewed more than 60 pioneer art conservators for the FAIC oral history project. She gained her Diploma in Conservation in (1973) and later earned a Ph.D. in Art History (1985). She was awarded the AIC Lifetime Achievement Award (2003), the AIC Paintings Specialty Group Outstanding Achievement Award (2011). She co-edited Conservation of Easel Paintings (2012).

Nicholas Penny became Director of the National Gallery, London in February 2008. He was Clore Curator of Renaissance Painting at the National Gallery (1990-2000). He was at the National Gallery of Art, Washington, firstly as Andrew W. Mellon Professor at the Center for Advanced Study in the Visual Arts and then as Senior Curator of Sculpture and Decorative Arts. He obtained his doctorate from the Courtauld Institute of Art and began his career as a lecturer in art history at the University of Manchester. He is the author of many books and articles on painting and sculpture, the history of collecting and of taste.

The Influence of Science And Technology on Conservation and Technical Study of Paintings – Prof. Aviva Burnstock

Aviva Burnstock is Head of the Department of Conservation & Technology at the Courtauld Institute of Art, London, where she took a Ph.D. (1991) and a Postgraduate Diploma in the Conservation of Easel Paintings (1984). After a year as a conservator in Australia she worked in the Scientific Department of the National Gallery, London (1986-1992). She was a Joop Los Fellow at the Institute for Molecular Physics (FOM/AMOLF) in Amsterdam, Netherlands (2003-2005). She has published widely in the field of painting techniques and materials and aspects of conservation practice.

Richard Wolbers is an Associate Professor in the Art Conservation Department at the University of Delaware. He holds B.A in Biochemistry , M.F.A in Painting and M.S in Art Conservation. His research interests include developing cleaning systems for fine art materials and microscopically applied techniques for the characterization of paint binding materials. He has conducted workshops on his cleaning methods across the world. He has been presented the AIC Lifetime Achievement Award and the first Outstanding Achievement Award for Paintings Conservation by the AIC’s Painting Specialty Group. He is the author of Cleaning Paintings: Aqueous Methods (2000).

The View From The Edge: Reflections on Conservation from a Traveller Among Other Disciplines – Prof. Alan Cummings

Alan Cummings studied Chemistry at Imperial College London (1968‐1971) and then Conservation of Paintings at the Courtauld Institute of Art, London (1971‐1974). His career has combined conservation practice, postgraduate teaching and research, higher education management and rock music. In 2011 he retired from his role as Pro-Rector of the Royal College of Art. He now works as a lecturer and consultant and is an Emeritus Professor of the RCA, a Visiting Professor at Imperial College London and a Governor of the National Film and Television School.

The Picture So Far…And Beyond – Alan Cummings

A panel discussion with contributions from all speakers and questions from the audience. 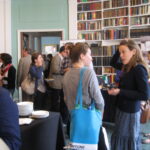 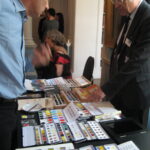 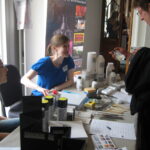 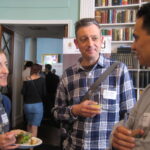 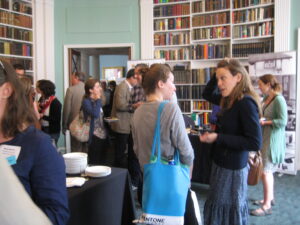 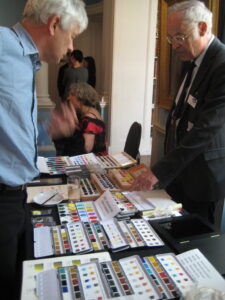 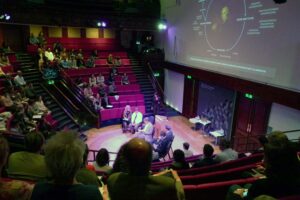 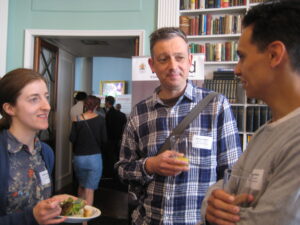